Laser imaging helps clean fuels live up to their reputation 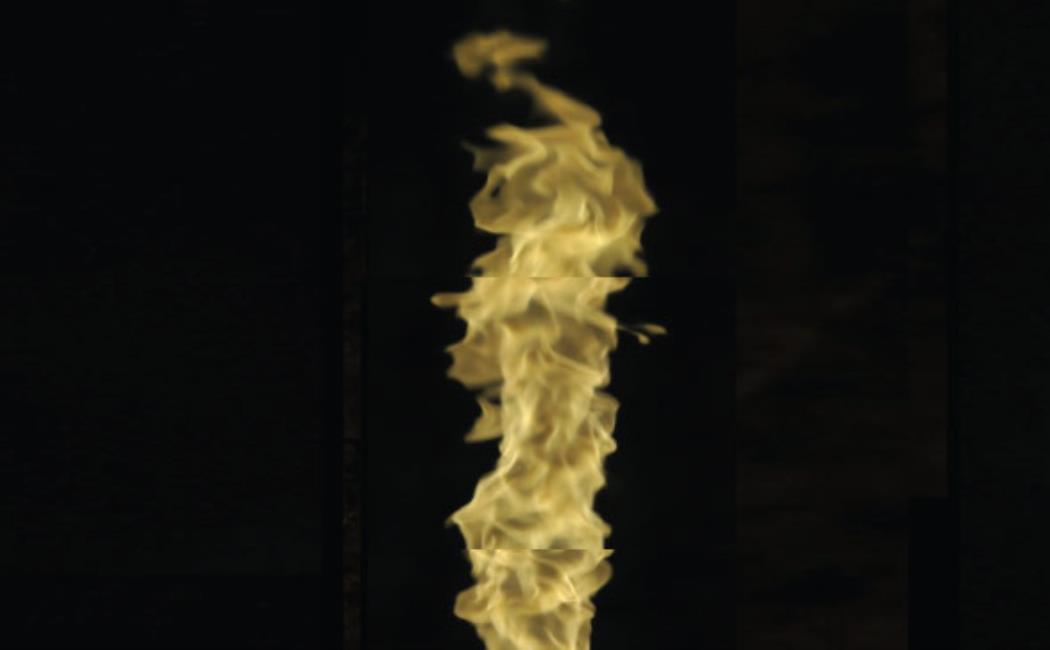 Laser imaging helps clean fuels live up to their reputation

Using ammonia as a hydrogen-rich energy source requires technology that can spot pollutants in flames.

A technique that enables KAUST researchers to identify two kinds of pollutants with a single laser beam could make it easier to generate heat and power from ammonia, a carbon-free hydrogen carrier.

An important component of the nitrogen fertilizer industry, liquid ammonia carries more hydrogen in a set volume than liquid hydrogen itself. Analysts predict that, with established production, transportation and storage bases, ammonia could help bring hydrogen-powered engines into the power and mobility markets.

But realizing this goal requires researchers to face a burning issue: the combustion process that generates heat from ammonia can also produce nitrogen oxide pollutants that are known environmental toxins. “If you’re not careful, your ammonia flame can be just as bad for global warming as oil or natural gas, even though there are no CO2 emissions,” says KAUST's Thibault Guiberti.

Guiberti and his colleagues are working to solve this problem with a technique that flattens a typical laser beam into a two-dimensional plane. By directing this sheet-like beam into a burning flame, the researchers can stimulate specific compounds in thin sections of the flame to emit fluorescent light. High-sensitivity cameras capture changes in fluorescent light intensity for different regions and heights of the flame.

“We record the fluorescent light for only a few tens of nanoseconds, so we get an instantaneous picture of where the gas is in space,” says Guiberti. “You can image species that have very low concentrations, sometimes down to part per billion levels.”

Most planar laser-induced fluorescence (PLIF) systems contain a single laser, meaning only one target at a time can be imaged. The KAUST team recently discovered a way to overcome this limitation using optical techniques that split a single laser into two beams with different, but predictable, energy variations. Using simulators and experimental data, the researchers studied two components of ammonia flames — the nitric oxide (NO) and imidogen (NH) radicals — and identified a setup that could energize both particles to fluoresce simultaneously.

Images taken with the new PLIF technology provided remarkable details about the inner structure of ammonia flames. “You can see the corrugated and wrinkled NH signal; that’s where the flame is,” explains Guiberti. “The NO is produced within the flame, and we can see how turbulence affects the flow of this pollutant.”

Guiberti anticipates that this effect, which they term a “spectral coincidence,” could be extended to excite even more species in ammonia flames and other low-carbon fuels.