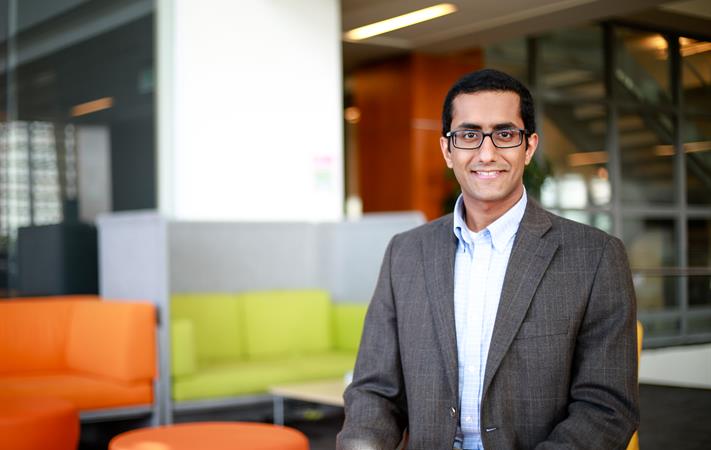 Alghamdi's poster was one of three winning presentations chosen from a total of 93 entries by the CHEMREACTOR-23 conference committee. Alghamdi, who describes himself as an "individual with a sincere passion for learning and impact," said that his award win came as a pleasant surprise.

"I honestly had no idea that there would be a poster prize at the end of the conference. I focused on putting together the best poster I could, and at the poster session I stood by my poster and explained my work to the visitors I received. Little did I know that some of those visitors would be the plenary lecturers tasked with choosing the top three posters," he said.

"My poster was about my 'work-in-progress' research focused on the utilization of the stagnation-flow reactor concept. It is a step that I'm hoping to build to reduce catalytic problems to one dimension, which is of great benefit to validating and improving catalytic kinetic models," Alghamdi added.

Understanding the kinetics of catalytic processes

Alghamdi's research in the University's Clean Combustion Research Center focuses on understanding the kinetics of catalytic processes to achieve higher reactivity in catalysis-oriented industrial applications. On November 21, he successfully defended his master's degree thesis and is now in the process of transitioning towards his Ph.D. studies under the supervision of Associate Professor Mani Sarathy.

Outside of his most recent win, Alghamdi also became one of the first KAUST graduate students to be awarded a Grants Program for Universities and Research Centers (GPURC) grant from King Abdulaziz City for Science and Technology (KACST) earlier this year. He was also part of a student team that won first place at the 4th edition of the Middle Eastern Process Engineering Conference & Exhibition technical debates held in Bahrain last year. Alghamdi is also an alumnus of the prestigious KAUST Gifted Student Program, and graduated from the University of Wisconsin, Madison with a bachelor's degree in chemical engineering.

In the future, Alghamdi hopes to continue working on capturing the fundamental chemistry of catalytic processes in a micro-kinetic context.

"By the end of this year, I'm submitting a paper on some of my M.S. work...in collaboration with the Fuel Technology Division of Saudi Aramco's Research and Development Center. The academic goal for 2019 is to publish new insights with the utilization of the stagnation-flow reactor that I presented in my poster," he said.

"The recognition I received at CHEMREACTOR-23 added to my confidence in the value of the research that I'm doing. However, I have to say that the best part about winning the award is that—to the scientific community present at the conference—it was a testament to the quality of the research we conduct at KAUST. I would like to highly encourage my fellow colleagues to capitalize on every conference they attend. More often than not, you are there with the best scientists in the field," Alghamdi noted.