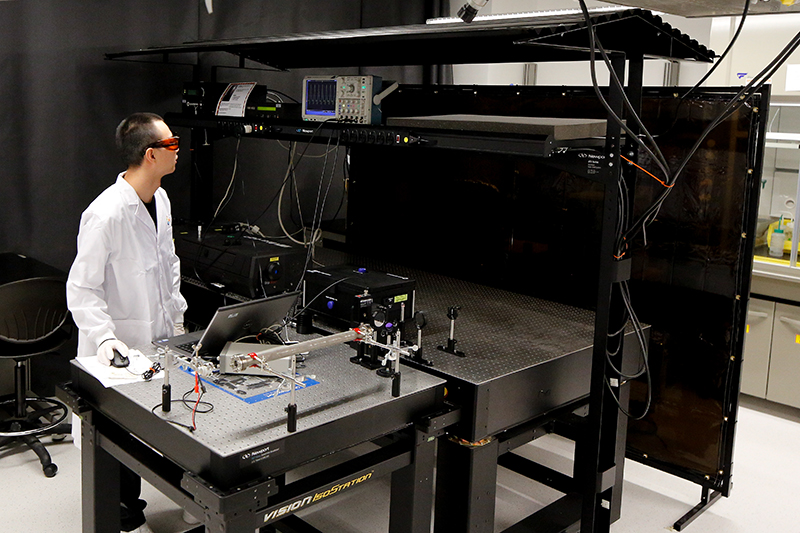 Laser diagnostics are widely used to study combustion kinetics, due to its high resolution and high accuracy. In the CPC lab, we use a Ti:S laser absorption technique that provides non-intrusive measurements of radicals in JSR oxidation. Experimental data are used for validating combustion kinetic mechanisms.

A pump laser at 532 nm is transformed into 760-1000 nm laser light by a Ti:S crystal, and then an optical grid is used to select the desired wavelength. The light can be doubled and/or quadrupled later by a second and/or fourth harmonic generator box. The light is separated into two beams, one as reference beam and another one as signal beam. A silicon detector detects both beams and the data is collected with an oscilloscope. The absorbance was determined by taking ratio of two signals, and by knowing absorption cross-section, the species mole fraction can be calculated using the Beer-Lambert Law.