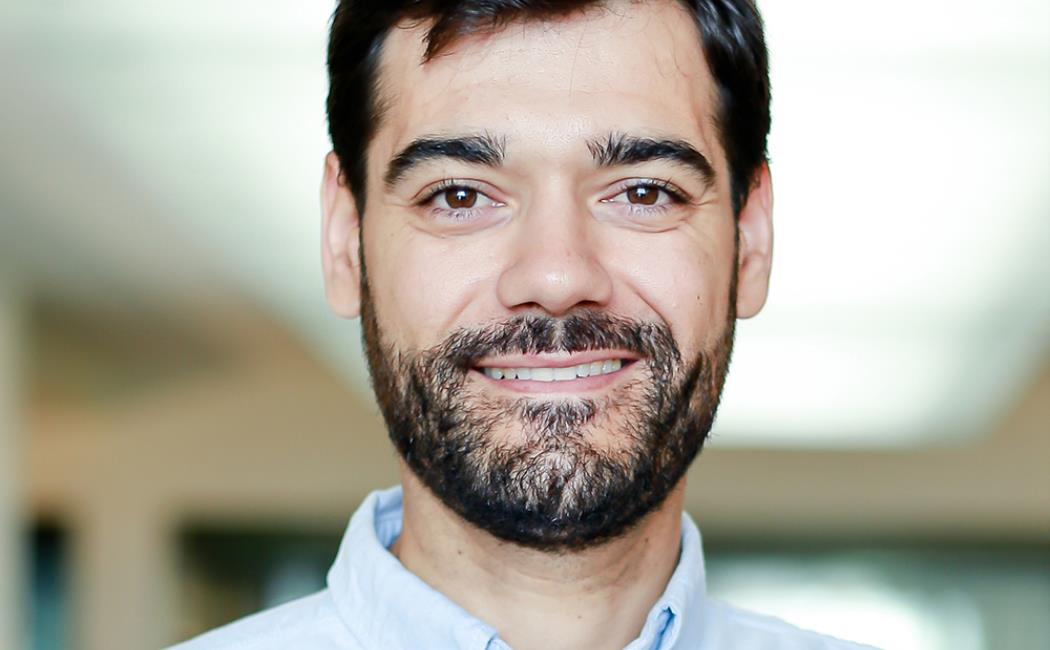 Title: A Chemical Kinetic Study of the Reaction of OH Radical with Prenol and Isoprenol 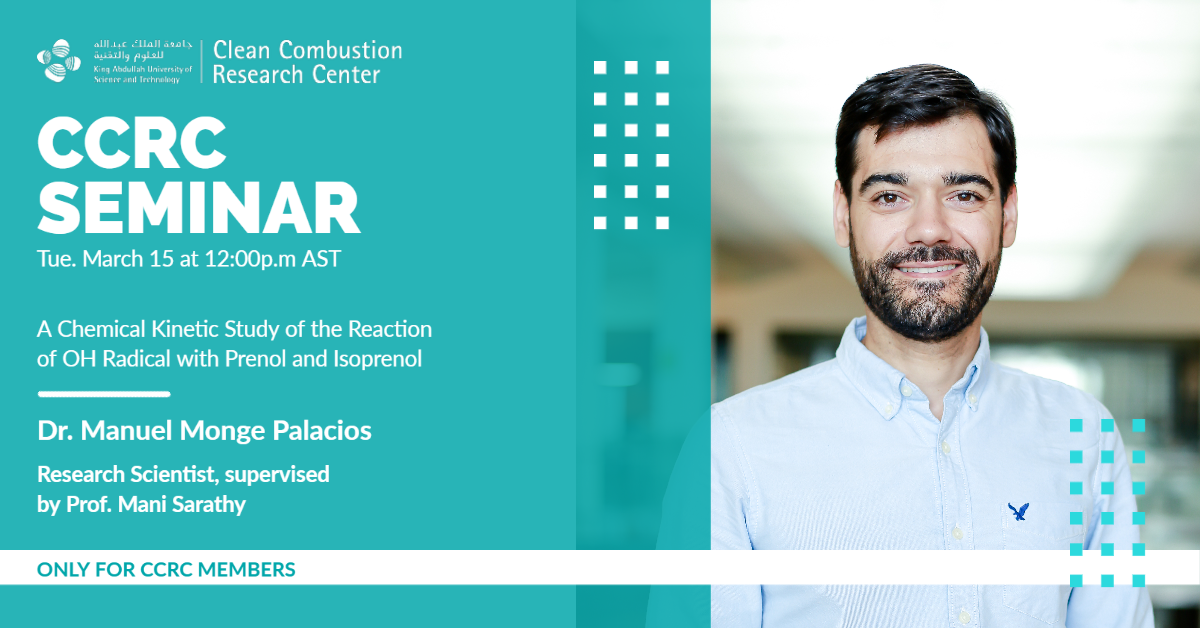 Abstract:  Prenol and isoprenol are alcohols with a double bond. Chemical species with the OH and double bond functional groups in their chemical structure are known as alkenols, and this chemial feature makes them excellent biofuel candidates and fuel additives. However, accurate rate constans describing the kinetics of the reactions that rule their oxidation and pyrolysis are not available, resulting in uncertain kinetic models. In this work, we performed a computational and experimental kinetic study to calculate the rate constants and branching ratios of the reactions of OH radical with prenol and isoprenol. We observed a convoluted reactivity trend that is ruled by the competition between the OH addition to the double bond and the hydrogen abstraction by OH pathways. A good agreement was observed between the overall calculated and measured rate constants. The branching ratios, which cannot be measured experimentally, indicate a much more prominent role of the OH addition pathways in prenol and isoprenol than in alkenes. These findings where rationalized in our theoretical kinetic study by means of variational transition state theory calculations with multi-structural torsional anharmonicity and tunneling corrections.

Bio:  Manuel Monge Palacios is a research scientist in the group of Prof. Mani Sarathy. He obtained his Ph.D. in theoretical and computational chemistry from the University of Extremadura (Spain) on the development of analytical potential energy surfaces for the kinetic and dynamic study of gas-phase reactions. After his Ph.D. he joined the Department of Theoretical Chemistry at the University of Missouri-Columbia (USA) to work as a postdoctoral fellow in the development of new tools for the study of complex reactive systems. In 2017 he joined CCRC, where he is conducting molecular dynamic simulations, quantum chemistry and kinetic calculations for the study of gas-phase reactions of interest in combustion and atmospheric processes.

Title: Development and Evaluation of a Diaphragmless Shock Tube for Gas-phase Chemistry 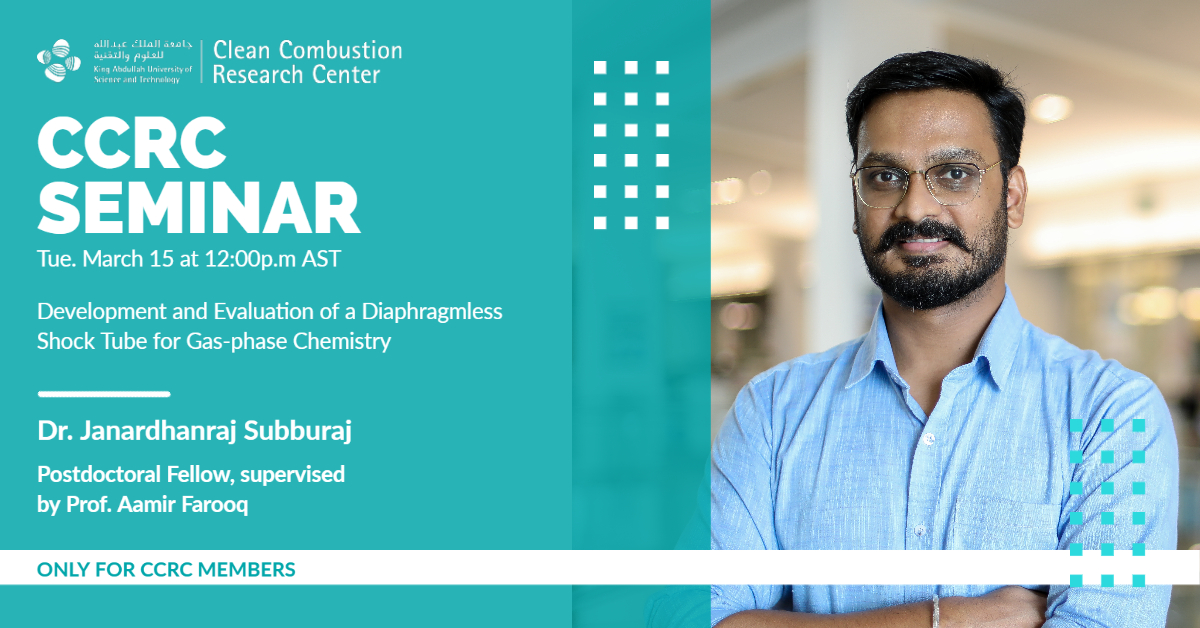 Bio: Janardhanraj received his dual-degree (M.Sc. and Ph.D.) in Aerospace Engineering from the Indian Institute of Science (IISc) in 2016. After his Ph.D., he worked in an IISc-incubated startup on innovative shockwave-based technologies. He is presently a postdoc in Prof. Aamir Farooq’s group working on non-conventional applications of shock tubes.