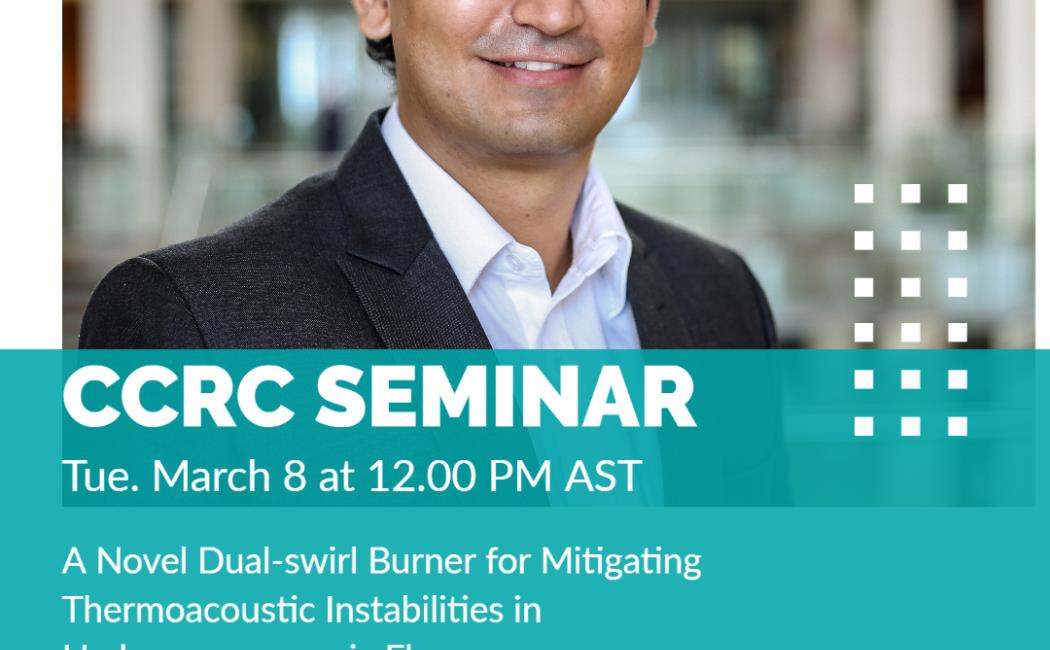 Abstract:  In recent years, the focus of the global energy generation (power and transportation) sector has shifted towards carbon-free fuels. In this context, hydrogen and hydrogen-carriers have emerged as favorable candidates for this transition. Amongst the hydrogen-carriers, ammonia is much in the limelight due to its established methods for storage and existing infrastructure for supply and distribution. Since hydrogen and ammonia are on the opposite ends of the reactivity and flame speed spectrum, a lot of work in the combustion community has been directed towards studying them as blends. The present work is focused towards the development and characterization of a novel dual-fuel, dual-swirl burner which is: 1) Capable of generating swirled hydrogen-ammonia flames 2) Offers the capability to modulate the mixing of the individual fuel streams. Since flame topology is linked to distribution of reactants, any change in such distribution would also alter the thermoacoustic response.

The swirl burner was operated at atmospheric pressure for globally lean mixture conditions. Cold flow characterization involved the measurement of swirl numbers for different mixing orientations using PIV and 1D Raman scattering to measure the distribution of different species.  In the reacting flow measurements, direct flame imaging supported the proposition that different flame topologies could be generated for a fixed flow rate (thermal power) of reactants. Further, chemiluminescence measurements were carried out to identify the zones where ammonia and hydrogen were burning. These profiles were in line with observations from the Raman measurements. Similar observations were made when the ratios of the individual RBG components from DSLR images were extracted. This indicates that simplistic DSLR images could be an alternative to assess individual fuel burning zones instead of cost intensive chemiluminescence technique. Microphone measurements were carried out to highlight the effects of variable mixing in acoustic profiles. Dominant peaks in the frequency spectrum were observed to decay when mixing profiles were altered. Subsequently, the variety of acoustic signatures from such flames indicated that the thermoacoustic response could also be tuned.

Bio:  Amit received his PhD from the Department of Aerospace Engineering at the Indian Institute of Technology Bombay, India. In the past, he has worked on mild combustion, flame speed measurements and emission reduction in high pressure swirl flames using NRP discharges. He is currently a post-doc fellow in the Plasma & Flames group headed by Prof Deanna A Lacoste 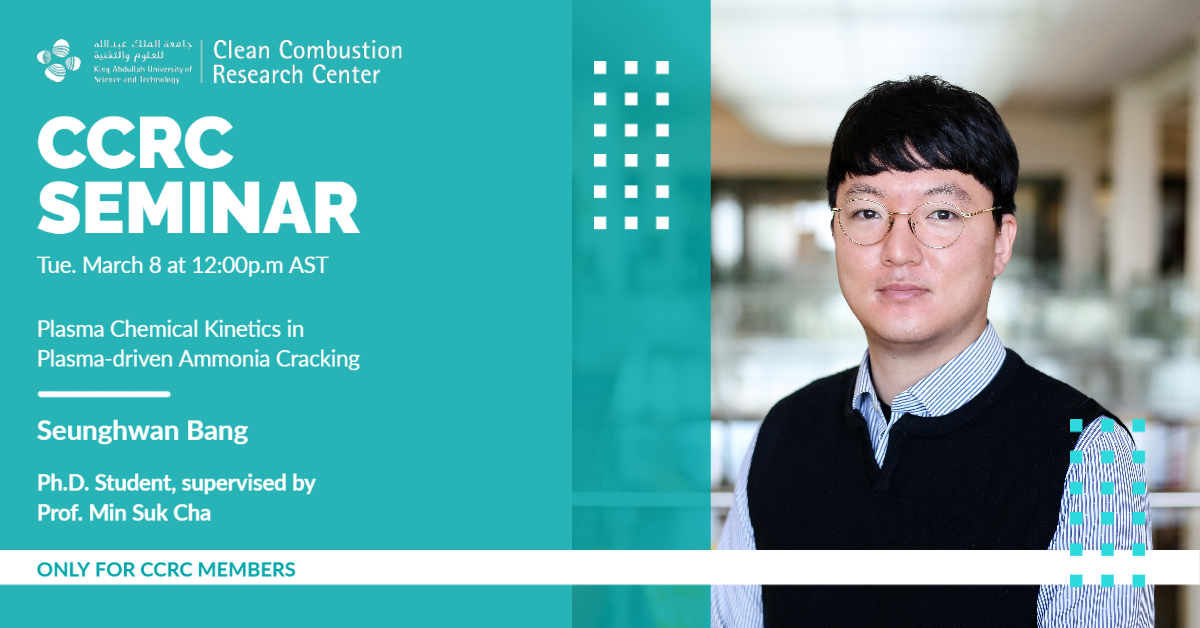 Abstract: Recently, plasma-driven ammonia cracking has been investigated to find the sustainable and clean technology for the ammonia cracking process to realize the new energy system, which utilizes ammonia as a linking medium for transportation and storage of hydrogen. Especially, non-thermal plasma has attracted many interests with its unique properties such as electrical energy source, flexible operation, simple and scalable setup. However, the underlying chemical mechanism has not been fully understood due to non-thermal plasma’s complex physicochemical nature. Even though plasma-chemical kinetics studies revealed initiating reactions, effects of electron energy, and rate-limiting steps over different catalysts, those are insufficient to achieve a comprehensive understanding. In this study, we build a comprehensive reaction mechanism for plasma-driven ammonia cracking, testing in a wide range of a reduced-electric field, gas temperature, and ammonia concentration. A temperature-controlled dielectric barrier discharge reactor is also used to obtain experimental data for the model validation. We expected outcomes to be used in developing noble plasma devices and processes for ammonia cracking.

Bio: Seunghwan Bang obtained his Bachelor's and Master’s degree in Mechanical engineering (2016, 2018). He then joined the Plasma Assisted Combustion Laboratory at CCRC in 2018. And he is pursuing a Ph.D. working with Prof. Min Suk Cha focusing on plasma-assisted combustion and reforming.