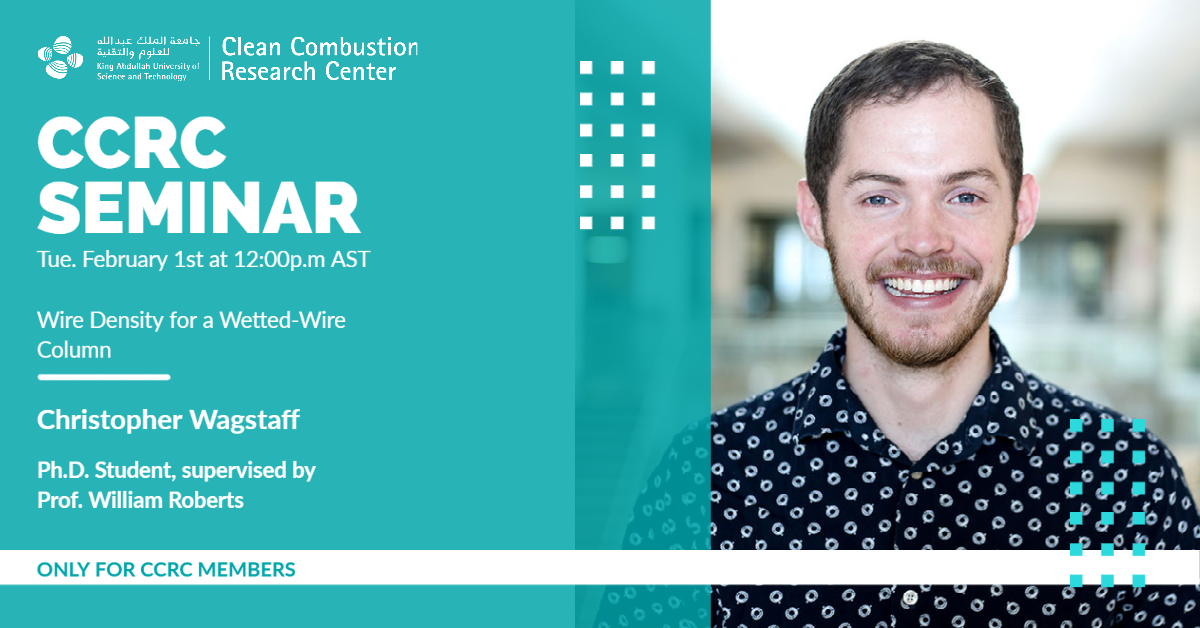 Abstract:  The choice for liquid-gas contacting columns are traditionally limited to bubble columns, spray columns, packed columns, and tray columns (Krieth and Boehm 1988).  For the Cryogenic Carbon CaptureTM process a spray tower was selected as the desublimating heat exchanger because its low pressure drop and because of its better handling of solids—solid CO2 in this case.  However there might be an alternative, a wetted-wire column.  Wetted-wire columns appear to have several distinct advantages:  forced internal circulations of droplets, no dead zones, little maldistribution, and extremely low gas-side pressure drops (Zeng et al 2018, Grunig et al 2010).

This presentation seeks to discuss finding the minimum center-to-center distance (pitch) between wires because this critical dimension largely determines the interfacial area within the heat exchanger.   Zeng explains that the general consensus in the literature is that the minimum possible pitch size is on the order of five millimeters (2018).  This presentation shows that the pitch size can be significantly smaller, potentially even smaller than two millimeters.  Results are discussed for a variety of liquid flow rates, wire diameters, and counter-current gas speeds.

Title: Soot inception by the reactions of aryls and phenylacetylene 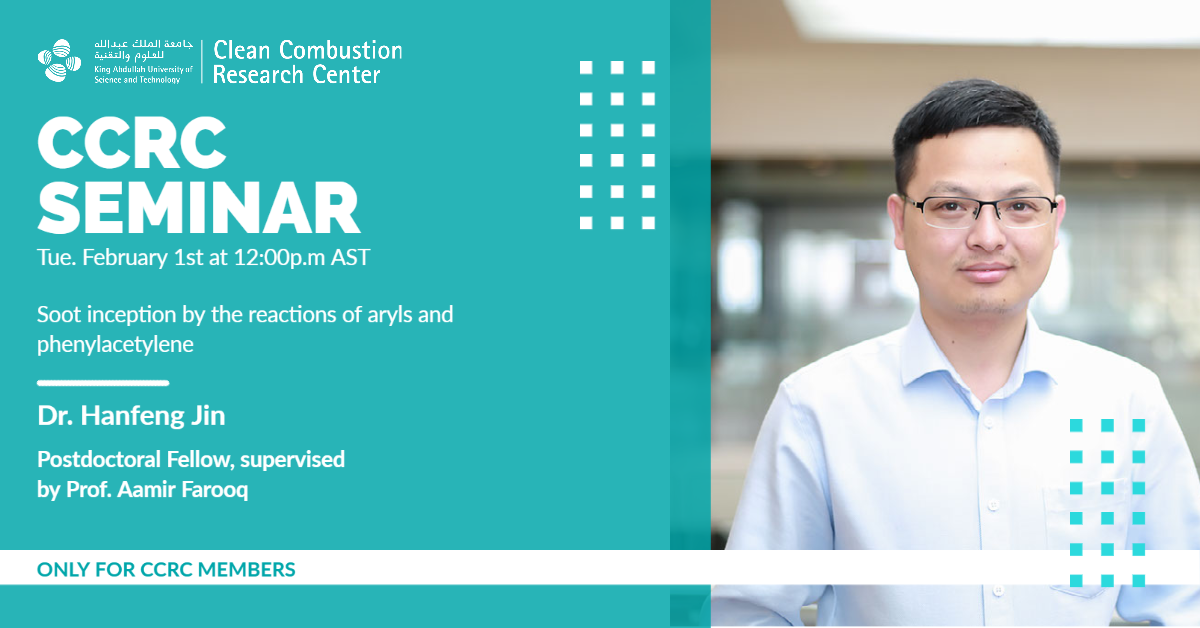 Abstract: Sufficient experimental evidence has suggested polycyclic aromatic hydrocarbons (PAH) to be the building blocks of soot in combustion, but their fundamental formation mechanisms remain elusive. By exploring the reaction kinetics of phenylacetylene with phenyl, 1-naphthyl, and 4-phenanthryl radicals, we provide compelling theoretical and experimental evidence for a novel and self-consistent hydrogen-abstraction phenylacetylene addition (HAPaA) mechanism. HAPaA operates efficiently at both low and high temperatures, leading to the formation, expansion and nucleation of peri-condensed aromatic hydrocarbons (PCAH), which are otherwise difficult to synthesis via traditional hydrogen-abstraction acetylene/vinylacetylene addition (HACA / HAVA) pathways. HAPaA mechanism can be generalized to other a-alkynyl PCAHs, and thus provides an alternative covalent bond bridge for PCAH combination. The proposed HAPaA mechanism may contribute towards a comprehensive understanding on the formation of carbonaceous nanostructures.

Bio: Hanfeng Jin obtained his Ph.D. in Combustion Chemistry (2015) from University of Science and Technology of China. He then started his career at 2016 as an Alexander von Humboldt Post-doctoral Fellow in Bielefeld University (Germany). He joined CCRC in 2017, and is working with Prof. Aamir Farooq on the reaction mechanism of polycyclic aromatic hydrocarbons, kinetic model development for PAH and soot, photoionization mass spectrometry, and laser diagnostic of aromatic species.