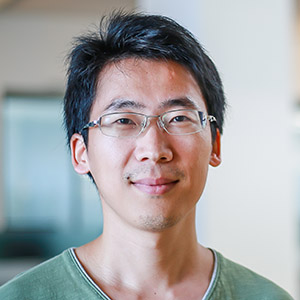 An experimental study of spray collapse under flash boiling conditions

Gasoline and gasoline like fuels (naphtha) both have high volatility, which results in a widely observed phenomenon, flash boiling of fuel spray in gasoline engines, when the engine is operated at throttling or low load conditions. This phenomenon has potential advantage of achieving better fuel atomization, thus benefiting fuel evaporation and fuel-air mixing. However, when flash boiling occurs, spray morphology, fuel trajectory and distribution are dramatically varied from the injectors' intentional design. This difference will affect the performance of combustion and emissions. Thus it is of interest and importance to investigate the spray collapse phenomenon regarding varied conditions. The currently developing gasoline compression ignition (GCI) engines, also has throttled stoichiometric spark ignition operation mode, which inevitably has flash boiling possibility. However, there is lack of research on flash boiling spray with a GCI injector which has large designed cone angle.
The main purpose of this work is to understand the spray collapse phenomenon and fill the gap in GCI flash boiling spray. Simultaneous side-view diffused back illumination (DBI) and front view Mie-scattering are used to capture the development of liquid fuel spray, and simultaneous shadowgraph from the side and front view are used for recording the liquid and vapor phase spray development. Criteria for distinguishing different spray regimes have been established from these results. It shows this GCI injector is more resistant to collapse than the other conventional gasoline direct injection (GDI) injectors reported in literature. Combination of DBI and space-time tomographic algorithm was validated in this work, achieving 3D reconstruction of the spray volume development from non-flashing to collapsed spray regime at low cost. The 3D results help elucidate the spray collapse procedure and provide validation data for CFD simulation. Structured laser illumination planar imaging (SLIPI) was firstly implemented in flash boiling spray study in this work to suppress the multiple scattering effect. Reconstructed 3D results from slice sweeping by SLIPI methods exposed the hollow structure in the collapsed central jet of spray, which has not been reported previously by other methods. Different types of spray motion are concluded for the transitional and collapsed spray regime from the SLIPI slice and confirmed by the particle image velocimetry (PIV) technique.

Jianguo Du received his Master degree in the Department of Mechanical Engineering in 2014 from University of Science and Technology of China. After that, he joined KAUST as a Ph.D. student with Professor Roberts in 2014. His interests are spray characterization and combustion.