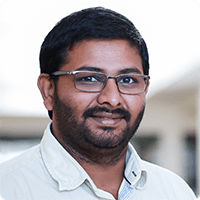 Experimental Investigation of the Quenching Processes of Fast-Moving Flames

The quenching of undesired flames by cold surfaces has been investigated for more than a century. However, even if for simplified configurations quenching events can be predicted by the current quenching theory, this is not the case for real environments such as fuel management systems. The main issue is that flames are sensitive to numerous parameters, such as fuel, mixture fraction, pressure, temperature, flow properties, acoustics, radiation, and surface interactions. The effects of some of these parameters are very well documented (for example, temperature, equivalence ratio, or pressure) but there is a lack of information regarding the effects of acoustics and flow. This dissertation work will focus on improving the understanding of flow effect on the quenching of premixed gaseous flames. The strategy is to investigate with advanced diagnostics, the quenching of high-velocity flames in narrow channels, at atmospheric pressure and temperature of 293 K.
First, the effect of apparent velocity on flame quenching was investigated for different fuels and equivalence ratios. A constant volume chamber with primary and secondary vessels connected by a test section was designed and used. The test section is capable of varying the apparent flame velocity at which the flame enters and propagates through the channel without changing the initial mixture condition. High-speed (15,000 frames per second (FPS)) Schlieren and dynamic pressure measurement were used to measure the apparent flame velocity and to assess the flame quenching, respectively. This study showed that the high-speed laminar flames are harder to quench compared to self-propagating and turbulent flames. A similar trend was obtained for all the conditions investigated, lean and stoichiometric methane-air, lean propane-air, and lean ethylene-air mixtures.
Further investigation was carried out to understand the quenching of high-speed laminar flames, which are the hardest to quench. The flame propagation through the channel was investigated using Hydroxyl (OH) planar laser induced fluorescence (PLIF). Lean methane-air and propane-air mixtures were studied. For large channels, the OH intensity increased during the flame propagation. However, when the height of the channel was reduced close to a critical value, the OH intensity started to decrease during the propagation of the flame. When the height of the channel reached the quenching distance, the OH intensity fell below the detection threshold. This study revealed the importance of the high-temperature chemistry during flame quenching processes and coined the interest in the study of low-temperature chemistry.
The last part of dissertation will focus on the thermal analysis of flame quenching by cold surfaces. The influence of heat transfer was investigated using spatial and temporal evolution of the temperature in the quenching channel. A high-speed (10 kHz) filtered Rayleigh scattering (FRS) technique was used to measure the one-dimensional time-resolved temperature profile. Lean methane-air mixture was used in this last part of the dissertation. The chosen apparent flame velocity was around 13 m/s. Three different channel heights (H = 1.3, 1.5, 2.0 mm) were investigated. This fast technique was capable of measuring the quenching temperature as well as the location where quenching happened. For example, in methane-air flames, the quenching temperature was 1600 ± 80 K. Based on the evolution of the temperature profile in the quenching channel, a new parameter was identified and the importance of its evolution on the flame quenching was discussed.

Ariff Magdoom Mahuthannan is from India. Ariff received his Bachelor degree in the Department of Aerospace Engineering in 2010 from Anna university. He received a Master of Engineering in the department of mechanical engineering (Lean Manufacturing) from Anna University, in 2012. He joined IIT-Madras and worked as a research assistant from 2012 to 2015 then he joined KAUST in 2015 as a Ph.D. student. He is working with Prof. Deanna Lacoste and Prof. William Roberts. He is currently working on the project to understand the flame quenching behavior in collaboration with The Boeing Company.